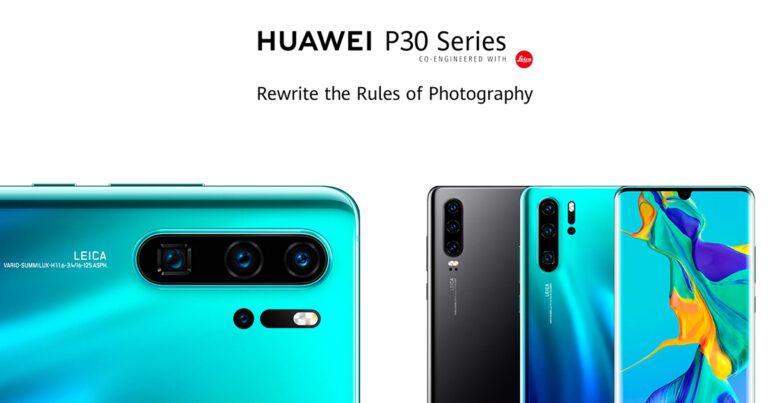 The Huawei P30 and Huawei P30 Pro come equipped with Kirin 980 SoC, the world’s first 7 nm chipset, with increased performance and lower power consumption. It is worth mentioning that, compared to its predecessor (Kirin 970), the Kirin 980 (Cortex-A76 + A55 octa-core to 2.6 GHz) is equipped with a 75% more powerful graphics GPU Mali-G76 MP10 ARM 46% strong and an artificial intelligence unit stronger by 226% thanks to the dual NPU.

In addition, it supports the 4.5G LTE Cat. 21 enabling download at speeds up to 1.4Gbps, fast Wi-Fi and dual-band (L1 + L5) GPS technology combined with AI GPS Satellite Selection to enhance position accuracy in a wide range of conditions. The powerful Kirin 980 SoC processor is combined with 6GB or 8GB of RAM and 128GB or 256GB of storage that can be expanded via a NanoSD card.

In the audio sector, Huawei’s new smartphones support Dolby Atmos, with the Huawei P30 Pro incorporating Sound on Display, where the sound is heard through the screen.

As far as autonomy is concerned, the new P30 and P30 Pro features a 3650mAh and 4200mAh battery, respectively, with SuperCharge support (charging 0-70% in just 30 minutes) with the 40W charger included in the package. In addition, the Huawei P30 Pro comes with 15W wireless charging as well as reverse wireless charge.

The new Huawei P30 and P30 Pro come with impressive design and new matt colors. Specifically, the fabric of the back is made of glass and the camera lenses are intelligently placed in a vertical arrangement and are in harmony with the body of the mobile. In addition, the new smartphones are certified in the IP53 (P30) and IP68 (P30 Pro) protocols for water and dust protection.

As for the screen, both smartphones are equipped with a Huawei FullView 6.1 ” FHD + and 6.4 ” FHD + OLED display respectively, while they carry a tiny notch for the front camera, offering more surface and more detail with less scrolling.

The fingerprint sensor is integrated on the screen, with the P30 using an optical sensor and the P30 Pro based on electromagnetic pulses on the screen, which, according to Huawei, offers 30% more speed than the Mate 20 Pro sensor. 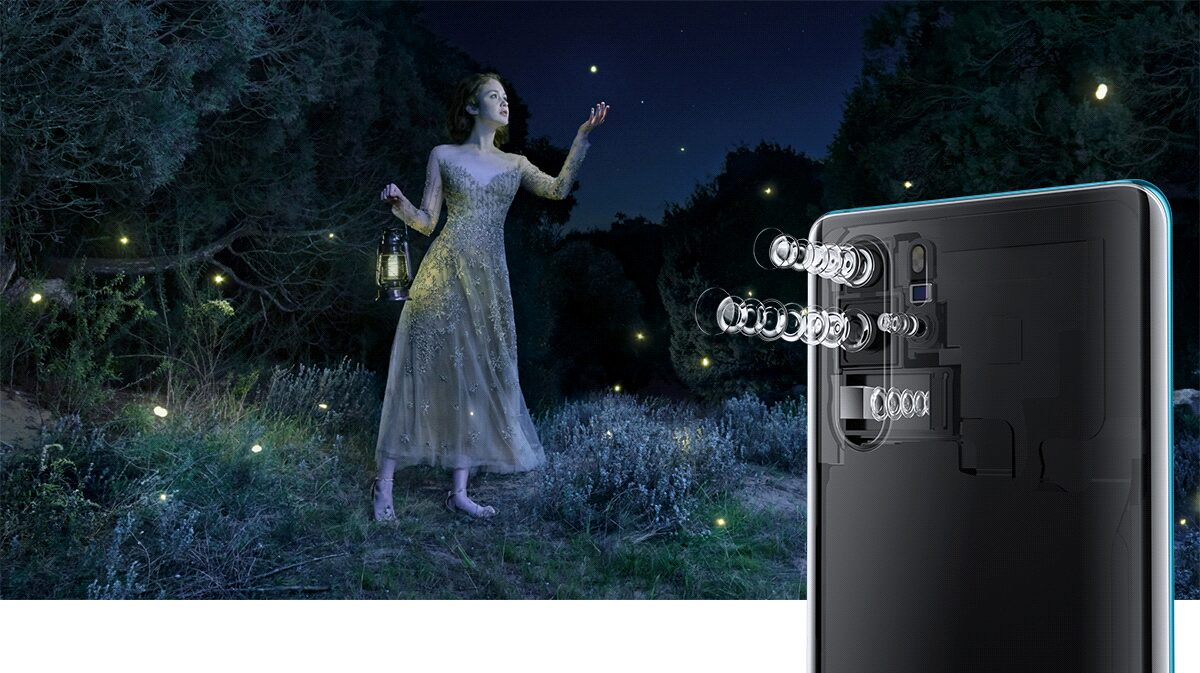 Most of the presentation was dedicated to the photographic capabilities of the new Huawei P30 and P30 Pro that are equipped with revolutionary Leica signature cameras and promise to change the way we photograph from our smartphone.

The P30 Pro comes with a four-camera camera, consisting of a 20MP ultra-wide-angle lens, a 40MP wide-angle lens, a 8MP telephoto and a time-of-flight ToF, which takes the distance between objects and adjustment depth of field for more impressive bokeh effects. This is because the ToF depth detection lens can adjust the bokeh to different levels, with the blur of each object depending on the distance the subject is from the camera.

One of Huawei’s most important innovations is the new image sensor architecture that is now RYB (Red-Yellow-Blue pixels) instead of RGB (Red-Green-Blue pixels), delivering better low-light performance and better image capture. Also, using artificial intelligence algorithms incorporated into the processor, the zoom reaches 10x without noticeable image quality reduction, while the digital zoom reaches 50x. In the Huawei P30 the optical zoom reaches 3x and can be expanded as hybrid up to 5x and digital up to 10x.

In fact, the 5x optical zoom is also available in video capture, while the stabilizer is optimized for more consistent shots even at the larger zoom. Impressive is the ISO sensitivity offered by the company’s new smartphones, with the Huawei P30 Pro offering ISO sensitivity up to 409600 and Huawei P30 to 204800.

For selfie and video calls, the new Huawei P30 and Huawei P30 Pro are equipped with a 32 MP front viewing camera that is capable of intelligently recognizing the user’s face by providing excellent selfie shaping the outline of the subject with the necessary brightness and clarity. In fact, the front camera promises stunning detail, even in backlighting with excessive exposure.