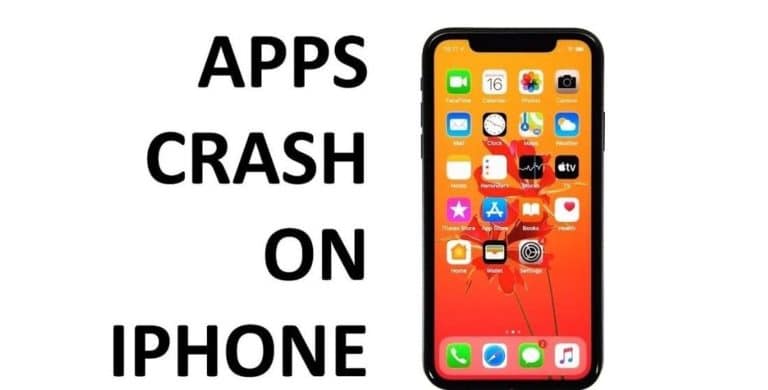 Are you facing a problem with some iPhone Apps? Do you notice a slowdown in games or a specific App? Do you suffer from the App crashed suddenly or while using it? Then continue with us today and you will be able to get rid of all these obstacles. Where we will provide you with the simplest Steps to Fix the iPhone Apps Crashing Problem. Which is one of the most annoying problems that you may face. As you start to run the App and after a few minutes have passed, you are surprised by exiting the app.

Or the application stopped suddenly without any introductions. Also, the game or App may malfunction, or it may disappear from the screen and then return again. And other iPhone Apps Crashing problems. So today we are with you to criticize you for how to solution to stop crashing Apple Apps. Before that, you should know that the reasons for the bug are about the App version or its update. In addition to checking some of the settings. Also, this may be because your iOS device needs an update.

Many users have updated their iPhone. Then they were able to get over the Apps Crashing On iPhone problem easily. Based on that, we will provide you with the best steps to fix iOS Apps Crashing, such as “Spotify“, “Tinder“, “Pinterest” and others. In addition to the best way to stop iOS and iPhone apps from crashing. So follow us below to get more information. In addition to the solution steps and more other necessary details.

How to Restore and Fix My iPad is Disabled Error?

Why Does the iPhone Apps Crashing

If you suffer from an iPhone Apps Crashing problem. Then you must first know the reasons for the occurrence of such problems. As the problem differs from one device to another and from one version to another. Although the steps to Fix the Crash of Apple Apps are similar. However, most of the iOS app’s problems are about updates. Also, you may have installed an app that is incompatible with the version of your device. Each App needs certain requirements to run.

Besides, you cannot run a game with high graphics and requirements on a weak phone version. Therefore, you must check the requirements for running the app or game before downloading. In addition to downloading the appropriate App to your device version. Another reason for the iPhone app crashing problem. You have downloaded the App from third parties and not from the official website if it is available. As sometimes some errors occur, even if they are rare.

In case you do not download the App from the official website. But anyway, even if your problem is with a third-party app. Then here you will find the ideal way to fix this problem. Before we go on to explain the steps to fix the problem of crashing the iPhone apps. Then update your iOS device before starting the steps. It will help you a lot in solving this error. So you have updated your iPhone device to the latest version. After that, follow the steps to fix the iPhone Apps Crashing error below.

How to Fix Vertical Line on iPhone Screen (Final Solution)

How to Stop and Fix iPhone Apps Crashing 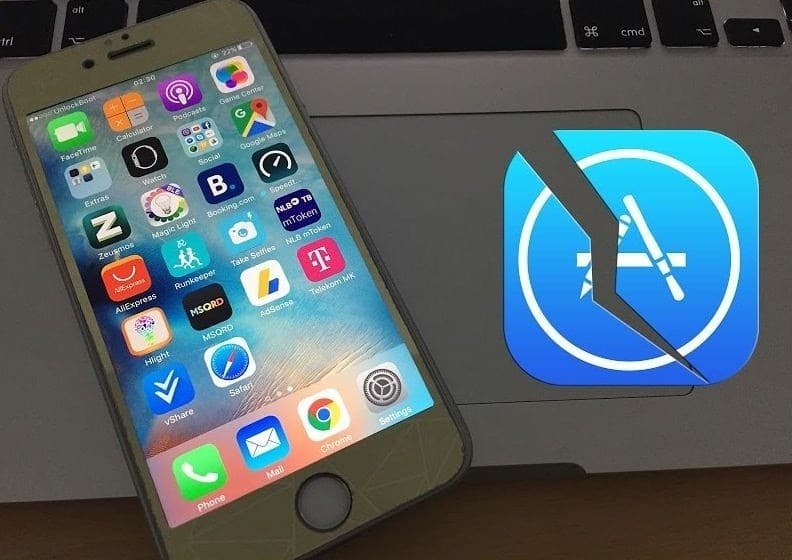 In the event that you encounter an Apple App crashing problem for the first time. Then you can simply restart the app or game. This will help get rid of stored app data. In addition to re-download the game or application add-ons again. Which will help you solve the problem quickly so restart the application.

Also, among the easy steps that may help you fix the bug. Where many users have succeeded in solving the problem of crashing an App in the iPhone by updating the app. Where when updating the apps leads to the download of the required files, which may cause the error. In addition to getting rid of other corrupted files. Then update the application that you want to fix.

If you are facing a problem, the App crashes for the first time. Then try restarting your phone shortly. By using the volume up button and the power button. After that, wait for the phone to restart. Then restart the application or game again and check that.

As we explained above. Most of the crashes and stoped apps in iPhone are due to updates. Whereas, application files may have increased in storage memory. If there are some corrupted files that affect the application’s performance. So update your iPhone.

Sometimes the problem may be due to the source of the App. Whereas, if the source is not reliable or not supported it only causes errors while using the apps. Therefore, it is recommended to download the app from the official website. In order to avoid any problems after installing the App on your iPhone.

How to Fix My iPhone Apps Crashing for iOS 13

Do you suffer from a problem with Crashing Apps on your iPhone? Is there a bug in a specific game or App? Do you want to stop the problem of App Crash? Then that is now in the right place. As we have provided the best solution 100% to fix the problem of crashing Apple apps. In addition to explaining all the details, information, and reasons. Also, we provided simple and easy steps to solve the problem. Without downloading any external file and without any effort. So, follow the steps above to solve the App errors problem. Then share your comment below.