Ethereum and Bitcoin: A comparison 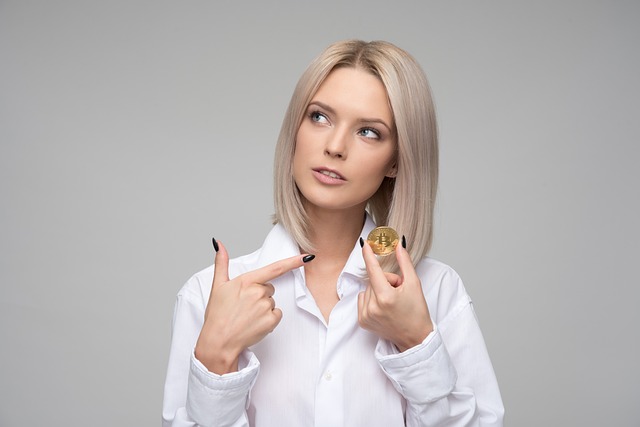 January 6, 2023 By: almhdy - 0 Comments
Contents show
What exactly is cryptocurrency?
The distinction between Ethereum & Bitcoin
The cryptocurrency of Ethereum is called “ether”
How versatile are ETH tokens?
Conclusion:

The groundwork for a more prosperous & secure digital future of the world is now getting done by cryptocurrencies and in this context, the two most popular crypto must be mentioned. These two cryptos are Ethereum and bitcoin. For detail visit our website know www.bit-es.co

Bitcoin is the first crypto in the world and has a decentralized blockchain system that brings convenience to payment systems and makes lives easy for people. It has worldwide popularity and in that case Ethereum, the other crypto comes just come after it.

Ethereum is a decentralized platform for creating & managing applications & decentralized organizations, storing & trading with assets, & facilitating communication. With Ethereum, you may remain anonymous if you so want; you decide what is shared & what stays private. Ether, Ethereum’s native coin, is used to pay for various operations on the Ethereum platform.

Let’s break this down into its parts.

What exactly is cryptocurrency?

In the context of digital currency, cryptocurrency is a relatively recent innovation made possible by encryption. The introduction of Bitcoin in 2008 marked the beginning of this era. It may be used to transmit money to anybody, anywhere in the world. Cryptocurrency was first & foremost revolutionary because it eliminated the need for a third party, unlike traditional bank transfers or other financial systems like PayPal or Alipay.

Brief Description of Bitcoins as a Virtual Currency

The distinction between Ethereum & Bitcoin

Bitcoin was created in 2009 and with this, the crypto era started. Ethereum, which debuted in 2015, expands on Bitcoin’s ground-breaking features while making significant modifications to them.

Both let you utilize virtual currency independently of traditional financial institutions. However, since Ethereum can be coded, it can also host the development & distribution of decentralized apps. Due to Ethereum’s programmability, it is possible to create applications that utilize the Blockchain for purposes such as storing data or regulating the actions of the application. The resulting Blockchain may be used for almost any purpose.

Since Ethereum’s potential is almost boundless, the Ethereum network offers a fertile ground for cutting-edge developments. Ethereum is more like a marketplace where you can buy & sell financial services, games, social networks, & other programs that don’t invade your privacy & can’t censor you than Bitcoin is.

The cryptocurrency of Ethereum is called “ether”

Ether is Ethereum’s native coin (ETH). Everything about it is digital, & it can be sent quickly to any recipient, no matter where they happen to be on the globe. No central authority or private corporation is manipulating the ETH supply. Only network-protecting “stakers” are eligible to receive newly minted coins which are also known as tokens.

What Are the Risks Behind Bitcoin and How to Avoid Them?

To make a transaction on the Ethereum network an amount of processing power is needed. You’ll need some ether to cover that charge. This implies you’ll need some Ether (ETH) to get started.

How versatile are ETH tokens?

It turns out that there are several possibilities. Decentralized finance (DeFi) is one of the most well-known applications of Ethereum technology since it makes previously inaccessible financial services available to anyone with an internet connection. Ether may be used as collateral for loans or as a source of liquidity, allowing you to accrue interest on your money. The question of who controls Ethereum has been asked. The network of Ethereum is not controlled by any central power or authority. To this day, it has flourished thanks to the unrelenting, cooperative effort of its members. Instead of relying on the server & cloud infrastructure held by large internet service providers, Ethereum uses nodes (a computer with a copy of the Ethereum blockchain data) managed by volunteers.

Ethereum’s infrastructure is made more robust by these decentralized nodes, which are operated by people & companies all across the globe. Because of this, it is far less susceptible to attacks or shutdowns. Ethereum has never experienced any downtime since its inception in 2015. Thousands of computers that are actually nodes run the Ethereum network. As a result, Ethereum has joined the ranks of the most decentralized digital currencies alongside bitcoin.

These two cryptos are functionally the same despite Ethereum having more power to complete a transaction in less time than bitcoin. But, as the concern for investing in crypto assets take place, Bitcoin is being traded the most. However, a huge number of people like to trade Ethereum too for its high profit-generating capacity that is exponentially grown in recent years. Therefore, to make some profit out of it you can start your Ethereum trading through the trade Ethereum platform.