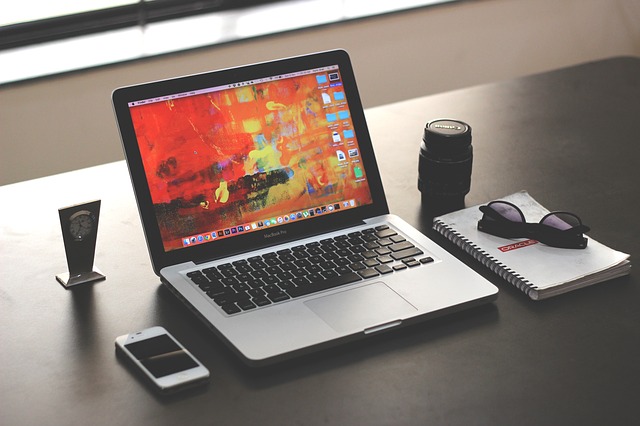 Google has officially released the next iteration of Chrome dubbed Chrome 68 for Windows, Mac, and Linux. This update of chrome brings many new features for both the users and developers alongside man security enhancements and desperately needed bug fixed. Remember that antivirus software is a must with much free software available on the internet. Many individuals prefer the Norton suite of antivirus software which can require an out of pocket expense unless you happen to have a deal from https://www.localcabledeals.com. It’s always a good idea to check with your internet service provider if any form of protection is available to as a part of the service for which you are paying for.

THE DIFFERENCE BETWEEN HTTP:// AND HTTPS://

If you haven’t noticed by now every time you type in a web address a prefix is applied by your internet browser which is usually HTTP:// and at times appears as HTTPS://. Even if you type in a .com web address your browser will automatically add in the HyperText Transfer Protocol (HTTP://) even in the event that you omit it from the web address the browser will automatically add it on. The second iteration of HTTP:// referred to as HTTPS:// is a secured version of how you communicate information between your browser and website and is encrypted in the event that it is intercepted and cannot be read without the encryption key. The best method of explanation is an observation in terms of logging into a secured website such as when you log in to your bank account, take note that the webpage will transition from HTTP:// to HTTPS:// as you enter your credentials to log in.

Google’s Chrome internet browser is used by over 60% of all internet user whether it be on a computer, tablet, or smartphone according to NetMarketShare. Google has been leveraging its market dominance to push website into using the more secure HTTPS:// protocol. As of last year, chrome started to attach a label to some websites which were still using the HTTP:// protocol as “Not Secure” in the address bar thus notifying its users of the absence of necessary encryption required to keep your data safe. In Chrome 68 this feature has been expanded to every website which still utilizes the HTTP:// protocol. Instead of the label/notification simply being displayed in the URL address bar it now flashes from black text to red when a user enters data onto a website which uses the unsecured format of the protocol. The feature will once again be further developed by the time the 70th version of chrome becomes available sometime in October.

Benefits of buying a camera on EMI without a Credit Card

Chrome version 86 gives control back to its users when it comes to 2 forms of website redirect in order to prevent the user from being a victim of the internet. The first of the tool caters to advertisements that appear and are embedded into the web pages using iframes which can hijack your browser resulting in your internet actives being mines without your notice and direct you various malicious websites. In Chrome 68 I frame based redirects will cause a dialogue box/window that allows the user to decide if they want to navigate from the original website or stay where they are.

The second of the 2 features undress what’s know as Tab-under which redirect users to websites where the user never intended to go by opening up a new browser window in addition to the original website. The secondary website opens up in the background as a new browser window while remaining hidden under the main browser and is not visible until the user starts to close down windows. As mentioned earlier pornographic and phishing websites love to employ this sort of website redirect since the user remains unaware of what’s going on. Chrome 68 will now alter the user to the tab-under present and give the user the option to allow or reject the popup allowing them to move to a different website if desired.

In regards to website redirect Chrome 68 requires an action or a decision to made by the end user, therefore, minimizing data theft and notifying the user as to which website is exactly what they advertise themselves as, essentially eliminating the possibility of a Trojan horse like attack. The first feature discussed in regards to HTTP:// and HTTPS:// website and notification/label applied to them is more passive. A user needs to notice the label and understand what it means in order for the intended effect to take place.

Earlier this year two vulnerabilities were discovered which all been nearly patched at the processor control level. These vulnerabilities were named Specter and Meltdown, Spectre is the one that affected application such as Google Chrome where the internet is to steal sensitive data. The theft of sensitive data such as passwords, cookies, and encryption keys can take place through legitimate websites. The theft is executed by attack the vulnerability that allows websites to share memory when they contain shared elements such as iframe or pop-ups which are methods of website redirection as mentioned above. This allows Spectre to steal data from a legitimate site by gaining access to the shared memory which has been countered via an update packaged in Chrome 67. It is always a good idea to update the bios for any electronic device even though Google Chrome has been patched since the vulnerability exist at the processor level and can be exploited by any other application of your device that shares system memory with your processor.

Antivirus and malware protection are just but a few ways that one can protect themselves from the dangers of the internet. We all should know the basics of food internet practices in order to safeguard and protect ourselves such as non-repetitive and complicated passwords. Opening E-mails from unknown senders and downloading any attachments within those E-mails can also leave your system vulnerable. Simply visiting a website can execute hidden scripts and downloading pirating application or content as attempting as it can be may leave your data and system resource open to theft.

A Prime example would be me and my smartphone even though new and function as expected until recently. For some reason, the device would unlock using the built-in finger scanner which would work on time but not always. I even went through deleting and re-registering my fingerprint which yielded the same problematic results. The problem resolved itself once the device updated itself resulting in the fingerprint working as though the device had somehow repaired itself. The most interesting thing about the update after reviewing the updates was that there were no updates to the fingerprint ready, however, there was a security patch applied to counter the vulnerability of Spectre. What this means is that my device was infected and was behaving differently because its resources were dedicated towards other processes. Every story teaches us all a lesson and the lesson of this one is that your devices should always be updated.