🏰 ⇔ Tech ⇔ Is It True that Blockchain Technology Can Prove to Be a Gamechanger for The Entertainment Industry?

Is It True that Blockchain Technology Can Prove to Be a Gamechanger for The Entertainment Industry? 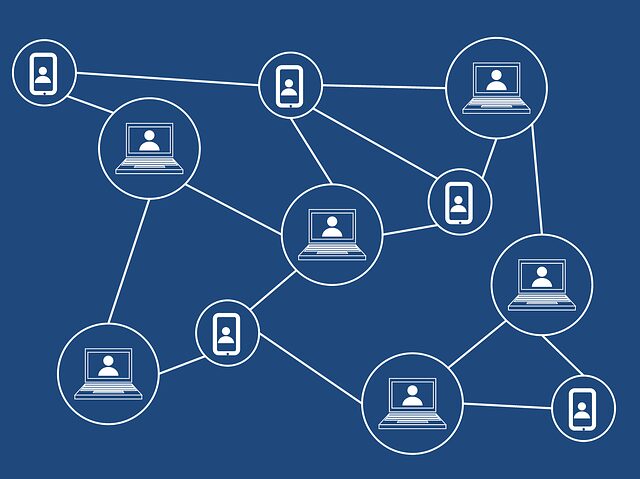 The bitcoin blockchain technology is the decentralized public ledger that offers the best way of verifying and recording the transaction. It is a platform that is highly secured, encrypted, and completely transparent. Now, many parties in the entertainment industry are starting to adopt bitcoin and blockchain technology in their business because of its great potential. It helps raise funds from the production of movies and for the distribution of the content.

It Helps in Making Transparent Transactions.

The bitcoin blockchain technology is way more than just the network of computers tied together for validating the transactions. The public ledger allows people to look at the transaction and see what is happening on the blockchain technology. You might not be aware of the fact that the movies which are tied to this public ledger are needed to be transparent. The blockchain is the technology that doesn’t allow other people for hidden accounting of entertainment. In the show business, the money is the thing that flows into so many pockets. And this is very difficult for keeping track of which person is doing what.

Home Design You Can Adopt in Costa Adeje

We all know that so many stakeholders are involved in the movie’s production, and they all have different priorities. The actors who play roles in the movie want to be paid as much money as possible. The investors who invest in the movie want to make as much profit as possible, and the producers want to spend the money required to make the fantastic movie that they can. So, registering the transaction on the blockchain can help keep everything transparent, including the financial information. You need to know that the best thing about using blockchain technology for movies is that it is not just good for tracking the transaction records, but it is also great for keeping the voting track and decision-making track.

It Helps in Increasing Liquidity.

You might not be aware that the blockchain allows a considerable number of opportunities for the stakeholders to have access to liquidity. In simple words, you can quickly back any project or back out of any project as per your comfort and convenience. In the traditional system, the movies were governed by many contracts, which tied the stakeholders into various commitments.

Investors can, for example, purchase and sell cryptocurrencies such as bitcoin to fund films and other entertainment businesses. They can purchase bitcoins at a low exchange rate, hold them for a while to raise their worth, and then sell and invest in the entertainment business. To find out where you can purchase and sell cryptocurrencies, go to this website.

How to Transfer EURO to Bitcoin in the Best Way

But funding the movies on this public ledger can mean that you probably don’t have to worry about any sort of commitments. You can leave any project at any time because you are the one who has total power in your hands.

It Helps in Making the Automating Agreements Through the Smart Contracts Feature.

What is a smart contract, and how does it work? A smart contract is software that is kept on the blockchain. Its purpose is to automatically execute, document, or regulate activities and occurrences following the terms and conditions of the agreement or contract.

Smart contracts are one of the best features of bitcoin and blockchain technology. It has helped the movie industry. This is because the smart contract is a self-implementing contract that doesn’t require a lawyer or a third party to execute the contract. The parties which are involved in the making of the agreement together can specify the payment arrangements.

When those conditions are met, then the smart contract is excited, and everyone gets paid in the way in which they are supposed to be paid. But if the condition is not met, then the intelligent contacts also respond according to it. This is the type of contract which helps in collecting the funds from the various financiers, and it does in a cheaper and faster way compared to the traditional contracts. They can also help in distributing the funds and revenue which the fil can make to the suitable stakeholders.

Bitcoin is being used to pay celebrities

Did you know that celebrities are increasingly accepting bitcoin as payment? Getting compensated in digital assets is becoming commonplace, and even celebrities are eager to invest or trade in this modern digital era.

Russell Okung, a former Carolina Panthers player, opted to take half of his US$13 million salary in bitcoin in 2020. In 2013, Mel B, a former member of the Spice Girls, became the first British musician to accept Bitcoin as payment.

Leaders are attempting to establish rules to let individuals obtain a portion of their wage in bitcoin as major cities and nations compete for blockchain technology investments.

There are plenty of advantages of using the blockchain and bitcoin in the entertainment industry. You will be amazed to know that there are so many filmmakers who are using blockchain technology because of its unique features.