🏰 ⇔ Tech ⇔ Robots in The Workplace? What To Know About Warehouse Automation

Robots in The Workplace? What To Know About Warehouse Automation 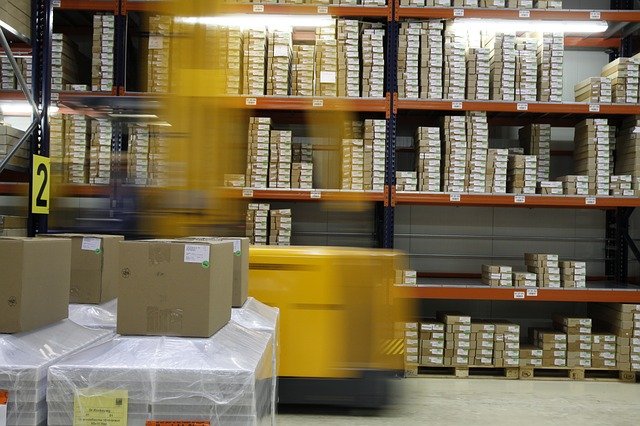 Can robots make the workplace a better place? While this is a question that has been circulating for decades, automated robotic intelligence is still not seen as frequently as a 20th century sci-fi movie may predict.

However, just because we can’t see them doesn’t mean they’re not there. Robots in the workplace offer logistical solutions in many businesses and are steadily gaining in popularity.

Warehouse automation is a method of digitalizing and automating logistics and internal transportation in a warehouse.

The goal of using robots in a warehouse, also known mechanised warehouse automation, is essentially to minimize human labour and instead streamline these processes with artificial intelligence. This doesn’t necessarily mean that dozens of classic fiction robots are walking around in pairs carrying planks of wood. Think instead of an automated surface that can be programmed to do the labour for you in an intelligent manner.

Automated robots tend to use GPS systems that are programmed to take exact pathways through a warehouse. This is done safely by using laser systems which observe any obstructions such as well, humans.

So, instead of robots taking over the workplace, think of this more of a collaboration between humans and AI to achieve a significant incline in workplace productivity. This can dwindle or completely cancel the need for heavy lifting and intensive physical work. It can also reduce the number of accidents and injuries a workplace may have among its staff. Automation can also avoid any mistakes with data entry and the like.

Something to keep in mind though is that you may have significant amounts for upkeep and repair costs.

Ultimately however, the addition of robots can lead to improvements in the workplace where you can expect higher reliability, accuracy, and efficiency in your company processes.