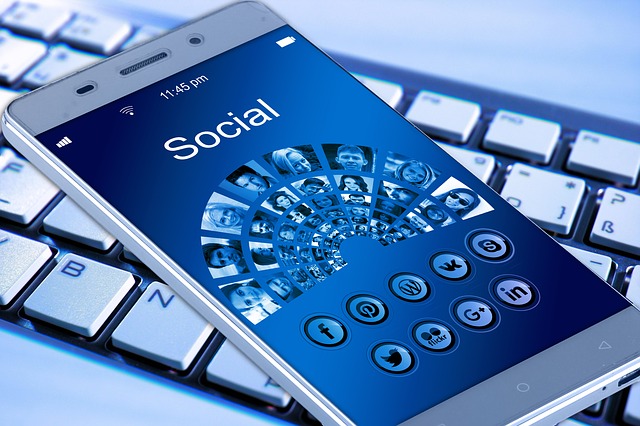 Companies have to decide how they should participate in social media. Often, their prospects and customers are already there talking about the company, the brands and/or specific offers -and nobody is listening or taking care of the people involved there. Companies have three options for action in social media marketing to choose from. These can be described by the terms listening and/or co-speaking (by reacting and acting):

The minimum level of social media engagement that all companies regardless of their other online activities-regarding social media, is listening through effective social media monitoring. It is important to find out how people talk about their own achievements in social media. Because even without their own involvement in social media, there is usually already something said about the company and/or its products and services, written or published visually.

The rule is: Social media never sleep! Therefore, their monitoring should not be based on classic working hours (including a free weekend). Otherwise, companies run the risk that dramatic developments on Friday evening begin and these are “overslept” by the affected companies in the truest sense of the word. Individual messages, whether appropriate or not, could spread overnight, or over the weekend, with uncommented viral velocity reaching thousands, hundreds of thousands, or even millions of people.

Social media monitoring also provides the necessary informational foundations for designing the following two forms of social media use. After all, companies cannot simply engage in a “dialogue” with their target group, but first, have to determine where the target group is involved?

Great Ways to Use LinkedIn to Improve Your Employer Brand

What motivates them, and whether their own performance is assessed positively or negatively? Whether the target audience follows various influencers such as DizzyKitten or not? For this purpose, various tools of social media monitoring are used.

Companies can emerge from the passivity of social media monitoring and integrate into the communicative processes within social media. This may become necessary if ongoing discussions are unsustainable for a company. So it can be false accusations, one-sided representations, or other disparagements, against which a company wants to defend itself. The following knowledge has to be considered:

“The social media not only reinforce the wisdom, but also the stupidity of the many!”

To take this into account, the company can comment on its own behalf in blogs or on Facebook and Twitter on specific topics and try to influence the direction of communication. On the other hand, companies can use existing platforms to proactively place their offers there and address their target groups in this way. This can be achieved, for example, by establishing an appropriate online presence on Facebook and Pinterest, or by providing photo messages on Instagram and/or video messages via YouTube and Vimeo.

The most comprehensive form of engagement involves building your own social media platforms. Here, for example, own forums or communities are being developed in order to get actively involved in opinion formation. This also includes the development of a corporate blog or the establishment of its own video channel on YouTube.

When using social media marketing in these forms, one should remember one thing: the type, timing and frequency of access to social media are primarily determined by the users. In the classical mass media, however, the use or, more precisely, the possibilities of use are determined by the communicating companies, the media agencies and the publishers or broadcasters.

What is the longest & highest snap streak on Snapchat 2020

With regard to social media, it is possible for a company to communicate a message on Twitter and for online users to respond to it in blogs or on Facebook. Here is the principle that the company should follow the channel preferences of the users so as not to interrupt the dialogue.

What goals of a social media campaign are pursued by the companies? There is still a great deal of uncertainty here. First of all, it is generally true that the social media goals are consistently derived from corporate goals and do not apply to completely new goals for social media.

Increase awareness of the offer/brand/ company

The most important goal, which 77% of the surveyed companies aim at using social media, is to increase the awareness of offers, brands, and companies. This goal is based on the recognition that relationships with brands and companies – alongside advertising impulses, experiences at the online or offline POS and through use itself – are increasingly being shaped by the brand experience in social media.

An honest and constructive exchange between companies and customers and between them ideally has a positive effect on the reputation of a brand or the company as a whole. Positive word of mouth can spark interest among other users, attract attention, and increase awareness of the offer. Social media are particularly well suited for viral marketing i.e. an online word of mouth.

Position yourself as an expert

In the second place, with 72% of all companies surveyed, the goal is to position themselves as an expert in social media. This goal is closely linked to the important topic of content marketing. Social media in particular, with their various platforms, offer an ideal opportunity to work out one’s own competence.

Show a willingness to engage in dialogue

The further development of relations with customers through the readiness for the dialogue is aimed at by 57% of the enterprises. Social media in particular offer ideal conditions for promoting direct dialogue through integration into information flows of companies and the possibilities for a direct exchange of information between companies and users.

what happens when you block, delete someone on snapchat?

Meanwhile, 51% of companies are already seeking to attract new employees through social media. In 2012, it was only 23%. Today, more and more information from the internal perspective of the company is found in the network. And hopefully not just frustrated former employees! The aspect is now given a much greater importance.

Today, only 48% of the surveyed companies strive to attract new customers through social media activities. In 2012, this figure was still 72%. Here, companies are increasingly recognizing that social media is not a classic sales channel. It has been learned that “social media” should not and cannot be redefined as “commercial media”. Because the use of social media for direct sales will rarely meet with great approval from users.

Social media offer more of communication “about gang”, of course, to pay on sales – but often more indirectly. This can be achieved well by the aforementioned goals “positioning yourself as an expert” and “showing the willingness to engage in dialogue”.

Interesting – and sometimes surprising – is also what targets, which were still mentioned in the 2012 study, were no longer mentioned in the 2019 study. This includes “improving the company’s search engine placement”. However, the so-called social signals are still of paramount importance in optimizing the results of search engine results. Also, the goal of “controlling the brand / corporate image” no longer appears in this study. However, it should also be remembered that a true “control” of the brand or corporate image through engagement in social media cannot be achieved. It can only be attempted to play the content defined within the brand and corporate identity via social media.