🏰 ⇔ Family ⇔ What Are Lovely Baby Girl Names That Start With C? 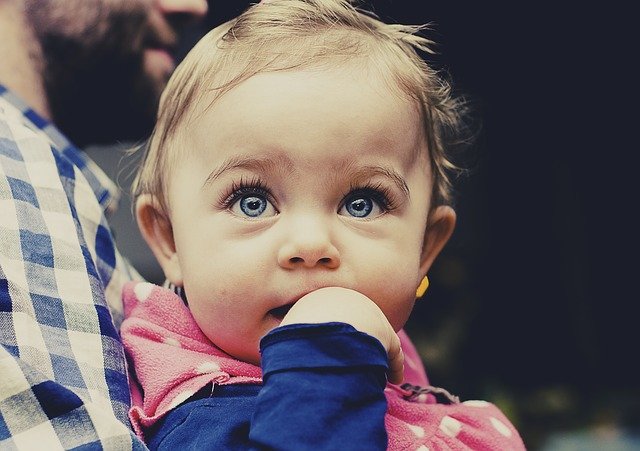 As a parent-to-be or a new parent, you must have thought of so many things for your little girl and her future. You must be prepared for everything starting from her toys, clothes, nappies, and so on. However, the most confusing thing in the to-do list is picking a name for her.

Most parents often delay picking out a name for their baby girl until she arrives in this beautiful world. But, do you know names have an impact on kids? Therefore, it would be great if your chosen name has a meaning that matches your kiddo the best.

If you want to give your baby girl a name beginning with the letter ‘C’, you can definitely find some good ideas from this article.

Lovely Names for Girls with ‘C’ in their beginning

CocoFinder has added both contemporary and classic names to the list to ease your search. Have a look at the list below, and you will indeed find a top-notch name for your little one:

The etymology world is unable to define where this elegant and lovely baby name came from! However, it can be guessed that it is a shorter form of ‘Calista,’ which is a derivative of the Greek word ‘Kallista,’ which means ‘lovely’ and ‘pretty.’

You must have heard of Santa Catalina, which is an island off the Southern California coast, well-known for its captivating temperatures and breathtaking vistas. So, ‘Catalina’ could be a lovely name for your baby girls, which means ‘sacred.’ It is ranked in the top 438 in the USA!

The name ‘Catherine’ is an embodiment of purity and holiness; hence, it also means ‘pure.’ It is one of the most lovely girl names that start with C and has considerable historical significance. The birth name of the Duchess of Cambridge, Kate Middleton, is Catherine Elizabeth Middleton.

This lovely name ‘Celeste’ has powerful Latin roots, which ranked 760 in popularity in the USA, Russia, and Spain. However, ‘Celeste’ is derived from the term ‘Celestial,’ which means ‘heavenly.’ So, your baby girl loves to bear this name for her lifetime!

Such an excellent name, ‘Coraline’ is a diminutive of Coral and widely pronounced as ‘CO-ruh-line.’ It might not be an authentic name to Neil Gaiman’s outstanding book of a similar name.

However, the young heroine of Gaiman, Coraline Jones, is continuously called ‘Caroline.’ Lastly, the name ‘Coraline’ holds a more mystical and distinctive feeling.

‘Clarissa’ is the most lovely baby girl name, which is pronounced as ‘kla-RISS-ah.’ This Latin-originated name is ranked 1402 in popularity. However, the meaning of ‘Clarissa’ is ‘famous’ and ‘bright.’

‘Crystal’ is one of the lovely girl names that start with C, which means ‘ice.’ However, such a charming name is pronounced as ‘KRISS-tal.’

The popularity of this name in the 70s and 80s stems from its scintillating natural namesake, and due to its various other noteworthy bearers, for example, singer Crystal Gayle!

The name ‘Corinne’ is a lovable and popular female name, which derives from the English or French alternative of Corina.

Moreover, its impeccable vintage Greek origin word, originated from κόρη (korē), which means ‘maiden.’ Therefore, it would be a highly sophisticated name for your younger ones.

The baby girl name ‘Claudia’ has immense craze among parents, and that’s why it was ranked 1938 in popularity. It is pronounced as ‘KLAW-dee-ah.’

Despite its meaning ‘lame’ in Latin, its biblical meaning outshined its craze even more, which means a Christian woman of Rome welcomed by Paul in his second letter to Timothy.

‘Caylee’ is a personification of love and purity, which is a girl’s name of leading American origin. However, it means ‘slim and fair,’ and it was the third fastest-growing name in 2009 and rose again at number 263.

‘Ciara’ is a top-notch feminine version of the Spanish name ‘Ciarán,’ meaning ‘swarthy,’ or ‘black-haired,’ or ‘dark,’ in Irish Gaelic. A Saint named Ciara was a 17th-century Irish saint honored by the Roman Catholic Church.

However, the spelling of this name ‘Ciara’ is sometimes anglicized as ‘Kyra,’ ‘Keira,’ ‘Keara,’ or ‘Kira.’

This British-originated name, ‘Cassie,’ is usually pronounced as ‘KASS-ee.’ It is a leading short version of Katherine and Cassandra, which is frequently utilized as a liberal name.

‘Carmella’ is the best-in-class girl’s name from Hebrew roots, which means ‘orchard’ or ‘garden.’ However, it is the most favorable variant of ‘Carmel,’ and it was ranked 2421 in popularity in Hebrew.

You must be well-acquainted with the name of the protagonist in the famous drama series ‘The Sopranos,’ Tony Soprano, whose wife’s name is ‘Carmela.’

The Latin-originated name ‘Cindy’ is pronounced as ‘SIN-dee.’ It’s mainly a superior pet term of Cynthia from the epic series ‘from Mount Kynthos,’ and less often, it has a popular meaning, Lucinda, which means light in Latin.

The name ‘Callista’ is a leading lovable girl’s name of eminent Greek origin, which means ‘most beautiful.’ Moreover, such an elegant baby girl name also means ‘fairest,’ or ‘cup.’ It is the most prominent combination of Greek and Latin names, ‘Calista.’

‘Ciana’ is an extraordinary feminine term derived from John and a leading nickname for Luciana. The name also has a perfect mélange of the English and Italian tradition, which means ‘God is gracious.’

Apart from its pronunciation, ‘see-AHN-ah,’ or ‘chee-AHN-ah,’ ranked 6039 in the popularity of lovely girl names that start with C!

So, it can be concluded that the aforementioned c letter names of lovely girls are perfect for your newborn! Pick a name that feels appropriate for your munchkin, which also soothes your soul and heart.

Each of the lovable girls’ names has profound meaning, and that’s why it will be a superior choice for you. Your little angel deserves something extraordinary!