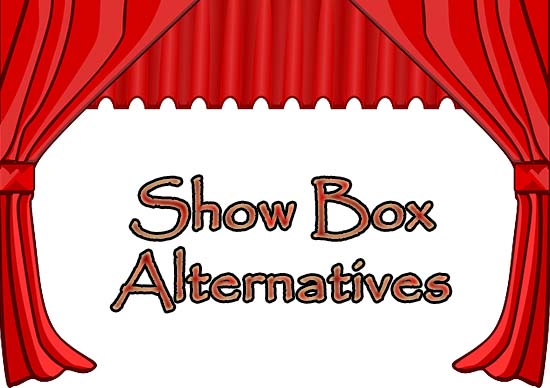 We would like to talk in this article about something important which is Showbox and it’s alternatives.

Showbox is one of the important applications to download videos and download movies. It is a special program for PC, Android, and iPhone.

But some do not use this app because of the belief that there are warnings of its use.

Alternatives have been found for this application showbox it is considered one of the best free alternatives to showbox.

Stremio is one of the important alternatives to Showbox. Where it provides high quality of what you see programs, movies, YouTube and many others. This app is an easy application to install and use. It is designed for Windows, MacOS, and Linux and Android. It also allows a lot of features. For example if you want to follow something specific. When you turn on his notifications will bring you everything new about it and help communicate with Chromecast.

Kodi is another alternative to Showbox and it is developed by the non-profit XBMC Foundation.

It has accessories like The Magic Dragon, EXODUS, and 13 Clowns, Seren and Yify Movies HD.

It is also a free, legal and open source application. But one of its disadvantages is that it does not distinguish between legal files and illegal files. So the person is responsible for any illegal content downloaded.

Kodi is available for use on devices for Windows, MacOS, and Linux and Android and IOS, RPI.

Crackle is an excellent and decent service but it needs a good internet connection.

It is used by very large numbers who own devices such as IOS, Windows and MacOS.

Allows you to watch TV shows, movies and series such as Misfits and Anime.

Hulu is also one of Showbox’s alternatives and is co-owned by The Walt Disney Company and Comcast.

It spreads in Canada and Europe Significantly, One of its advantages is that it updates its list quickly.

This app is available for Android and Apple devices, Google’s Chromecast devices, Mac and PC browsers, the Xbox One, Xbox 360 and, Amazon Fire TV.

Tubi is a video streaming service and one of the Showbox alternatives.

The secret ingredient is the ad where the ads are heavily displayed in this application “Tubi” duration from 15 to 30 seconds. It allows you to watch movies, TV shows and many other shows, but it is not suitable for watching movies and serials more popular.

But one of the disadvantages is that it is the slowest of most broadcast sites.

Yidio is the only application that works as a type of search engine for movie applications and most DVD-quality videos via a web browser. In addition to installing Adobe Flash. This application “Yidio” depends on the speed of the Internet. It is available on Android, Amazon Kindle, iPad, iPhone and more.

Pluto TV is WatchFree; because the programs on Pluto are the same as those on WhatchFree. But there are some differences between them in Vizio. Pluto provides live TV and is owned by Viacom, which was launched in 2014. Hulu Plus Live TV is one of its competitors and there are more than 12 million users of this application. which has spread in the United States sweeping. Where more than 100 channels broadcast live; so it is a versatile application it’s similar to Rabbit TV.

Vudu is a digital on-demand service that has developed a free service that provides watch movies and TV series. But it is supplemented by advertisements such as Crackle.It is a free application. You do not need to create an account to browse its content. But is supported by ads and has a wonderful library called “Movies on Us”. Vudu is available on iSO and Android devices but is not supported for Windows phone. But there is a special application for windows 10.

Popcornflix is one of the showbox alternatives. It is free and allows watching movies and TV shows like other alternatives and provides all kinds of movies.

The cinema box application allows to watch high-resolution movies with subtitles and videos via IMDb and listen to songs also allows downloads and is updated regularly.

But this application is not free so its use is not common and also does not have on the Google Play store is downloaded as .apk file.

Popcorn Time works with the help of BitTorrent protocol. It is free and legal but depends on the way of use .As long as you retain copyright. You do not violate the law, but these laws vary from country to country, but are illegal in Australia because it can infringe copyright.

Cinema APK (HD Movies) This app is legal and secure because it does not provide any illegal content. It is an Android APK file but you should be careful when installing it. Because there may be risks. From the time of TerrariumTV stopped Cinema application (HD Movies) was considered an alternative to the alternatives Showbox.

This application is very popular because it is a safe and free application. So that there is no fees have to pay for this application “Cinema APK (HD Movies)”. The size of only 14 MB easy to download and use once installed works properly and fast unlike HD Cinema APK (previously). It has Very impressive features. Can be installed on Android devices and Windows PC / MAC Computer and Firestick / Fire TV and iOS and now users of this application does not face any problem. You can watch movies with subtitles and TV programs.

Titanium TV is just like Terrarium TV but it is very perfect and safe. It is an Android app that can also be installed on Android, FireTV, tablets, Windows PC, Windows 10, etc. For security, you must connect to IPVanish VPN.

TeaTV is a popular application that can be installed on any Android, Firestick or Fire TV device. “Is this app safe?” this application is possible through the wrong way to carry a virus on the device used and possible to inflict malware and recently appeared some people infected with spyware when installing this application alternative to Showbox “TeaTV”. So anyone who installs it is unwise. But when you want to install it You should install anti-virus software as well and most of all this VPN service that encrypts all data on the device.