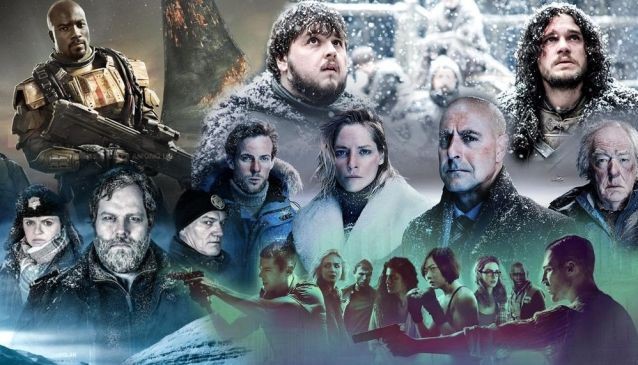 May 31, 2019 By: almhdy - 0 Comments
Contents show
Game of Thrones
Friends
The Simpsons
Breaking Bad
Two and a Half Men

Since the past decade, more and more is being spent on TV shows, and a lot of emphases is directed toward it. Now, TV shows take the same script, time, and effort as movies do. The budget is increasing so does the star cast as seen in recent TV show Game of Thrones where Daenerys Targaryen (Emilia Clarke) charged a whopping $500,000 per episode in its last season.

Now imagine how serious TV shows have become and with multiple being produced yearly, its hard to find the best. We have compiled a list of most famous TV shows that are highly recommended.

Previously ‘The Sopranos’ made it to the number one list of HBO drama series, but since the past decade, the epic Game of Thrones (GOT) is holding that first place for the famous TV shows. Yes, that’s rights, its the same drama series that has a mother of dragons, big cast violence, and conflicts, definitely not suitable for your children and a great deal of sexual pleasures revolving around politics.

Based on the successful novel by George R.R. Martin, GOT became a super hit show whose finale recently left its fan in vain with a vile ending. The shows Season 8 premiere was watched by 17.4 million people and HBONow subscriptions skyrocketed making it the most watched show of all time.

Since HBO is a US-based channel, fans around the globe were disappointed not being able to access the geo-restricted show. Later users started using online tools to watch HBO outside the US and live streamed the show as soon as it hit HBONow.

Did anyone tell you how your life will be? I’m sure after watching six NewYork city besties living together gave you a image of how life will be in the hit 90’s TV series “Friends.” Friends till date is the best show watched, and users are still watching it and recommending it to their friends. The show was the prime reason NBC came to be known as the channel for comedy-drama series.

The cast of friends went from being known by none to stardom and are still considered the best out there. The show was all about six friends who aren’t sure about life which users can relate to, even on the bizarre episodes. The show was full of life experiences that an average girl/guy faces in relationships that made it Hollywood’s top-ranked show.

Known for its bizarre comedy of a family, the Simpsons made people laugh with its absurd humor relatable to real life. The show has its golden days for more than a decade and uptil now 30 seasons have aired. There was a rumor that financial bound Harry Shearer to shut the series but due to full demand that never happened.

No one could ever predict that the famous Tracy Ullman show would last for more than 570 episodes, but still, the weird dysfunctional family made it on the list. For many, the show corrupted young minds, but it was meant for a more mature audience. The show is also known for multiple life predictions such as Donald Trump being president. If you want to crack up your weekend, then this show is a must to make your jaw hurt.

With this exceptional series, critiques failed to find any loophole in Vince Gilligan’s Breaking Bad but turning the sitcom star Bryan Cranston to dramatic antihero was the biggest surprise ever. The series was known for its black humor that intrigued the masses while laying out dark turn of events.

Breaking Bad still reigns as one of the best series as the struggling teacher Walter White turns to life-fighting lung cancer and securing his families finances before he passes.

Two and a Half Men

This show changed the way comedy was consumed in Hollywood, making it the best show ever to exist. The show revolved around a hedonistic jingle writer whose zero restrictions and null responsibilities life come to a bitter end when 10-year-old nephew and brother move into his Malibu beach house.

Charlie Sheen is a ladies man while his other half is a boring chiropractor who was kicked out by his wife. The humor revolves around the house with their daily routines and how Charlie adjusts to his new guests. A series comprises of booze, women, sex, humor and much more making its fall in the most famous TV shows till date.